Late last year a police officer in Taichung (Taizhong), Taiwan, was checking on a fifty-something-year-old woman when he made the mistake of addressing her as “ama” (Taiwanese for “grandmother,” and generally preferred here to Mandarin forms for elderly women).

Addressing a fifty-something Taiwanese woman even as “ayi” (auntie) would be inadvisable, assuming, of course, she’s not your actual aunt. But “ama”?

I pity the fool.

In response to complaints, the police have come up with guidelines for how to address members of the public, and most terms are now discouraged.

So there are now four categories:

As I remarked above, “nǚshì” is a bit tricky, but not just in terms of translation. It’s quite formal and something people usually would write rather than say. Consider, for example, how one might begin a letter to a stranger “Dear [name]”; but if you were standing in front of that person you would not begin a conversation with them with the same words.

So, if in doubt, call a Taiwanese woman “xiǎojiě.” But calling a Chinese woman “xiaojie” is not a good idea these days (if not used in combination with a surname), though it was fine when I lived in China back in the early 1990s.

By the way, if you ever need to see if a font face will handle Hanyu Pinyin with tone marks well, “nǚshì” is an excellent test word, as “ǚ” is the combination of letter and tone least likely to be supported.

This is a cute ad for a bakery in Banqiao, Taiwan. The text in Chinese characters reads “虎年送吼禮” (Hǔnián sòng hǒu lǐ).

What’s odd about this is the character 吼, which is the character used to write the Mandarin word “hǒu” (howl, roar). So the text in English reads something like “[In the] Year of the Tiger, give roar gifts.”

This only makes proper sense when one knows that here “hǒu” is standing in for the Taiwanese word for “good” (in Mandarin: hǎo/好).

Pinyin News reader Channing Bartlett passed along this photo he took c. 1980 in Taipei at the corner of Jianguo North Road section 1 and Chang’an East Road section 2. As you can see, inconsistencies on Taiwan street signs weren’t restricted to matters of romanization. Here we have 建國北路一段 (Jiànguó Běi Lù yī duàn) and 長安東路二段 (Cháng’ān Dōng Lù èr duàn) — or rather “段二路東安長.”

One sign is written left to right, the other right to left.

Also, if you look closely at the characters for lu and duan, you can see that the fonts are different, likely indicating the signs are of different ages. But if one sign was replaced, why not the other? Mysterious are the ways of Taiwan street signs.

Bartlett described the experience of trying to read street signs quickly back then:

As I was on a bus barreling by, I had just a quick moment to read one. But often it took up my quick moment just to see whether it was written L to R or vice versa. The practice was inconsistent, as you can see in this photo.

I ran into a reader of Pinyin.info the other day, which has had me feeling guilty for not posting anything in recent months. So here’s something I wrote nearly a year ago but never posted. The sign is now long gone, but the linguistic points remain the same.

Near the Banqiao train station is this sign, which advertises small apartments. (At just 13 or 14 ping, counting the shares of all of the “public” spaces, they are basically tiny.) It has a lot of points of note for so little text:

Above is a directional road sign at an intersection in Taitung (Taidong), Taiwan. It reads:

Although Taiwan has a lot of this sort of directional signage, I don’t think I’ve written before about why I think so many examples of it are downright awful.

Not only is the sign unnecessarily wordy, the part that receives the greatest emphasis (by appearing in large characters) is the least useful: 臺東分局. Taidong Fenju means simply “Taitung branch office.” But since the sign is in Taitung itself, mention of an office being in Taitung provides zero useful information. (It’s a safe bet that drivers will already know which part of the country they’re in and that they aren’t driving around that neighborhood looking for the Taipei office.) The same thing goes for mention of this being the office for the Nanqu (“Southern Area”).

A fundamental of good signage is to keep it simple.

The sign would be much better if it read simply “國稅局 Tax Office” and had an arrow. (Also, though this would be a moot point if the line were deleted, I’d prefer 台稅局 over 臺稅局. We have Ma Ying-jeou to thank for the prevalence of 臺.)

My private word for unnecessarily wordy signs in Taiwan is “signese,” which should not be confused with the good kind of Signese.

Sorry about the poor quality of the photo. I had to quickly use a cell phone camera on zoom through a taxi windshield — not ideal.

China is continuing to decline as a destination for U.S. study-abroad students, slipping from fifth place to sixth (behind Britain, Spain, Italy, France, and Germany; with Ireland, Australia, Costa Rica, and Japan completing the top ten).

This likely indicates that the craze for learning Mandarin has already peaked. Greater awareness of the unhealthy levels of pollution in China may also be a factor.

Note: The dip in the 2002–2003 school year was a result of worries about the outbreak of SARS. 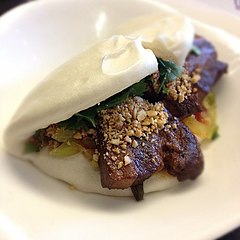 If you would like a chart of such names for Taiwanese in their twenties and thirties (specifically, those born 1976–1994), see Common Taiwanese given names. For the most common family names in Taiwan, see Taiwan personal names: a frequency list.

For the most likely spelling, bastardized Wade-Giles is given.

Most popular given names for Taiwanese males

Most popular given names for Taiwanese females

Note: Although I refer to these as “Taiwanese” names, I give the Mandarin forms (since Hanyu Pinyin is a system for writing Mandarin), not names in Hoklo/Hokkien (the language often referred to as Taiwanese).

Source: ROC Ministry of the Interior.